What educators should know about Juneteenth
Two educators share class activities and discussion topics to mark this joyful holiday. 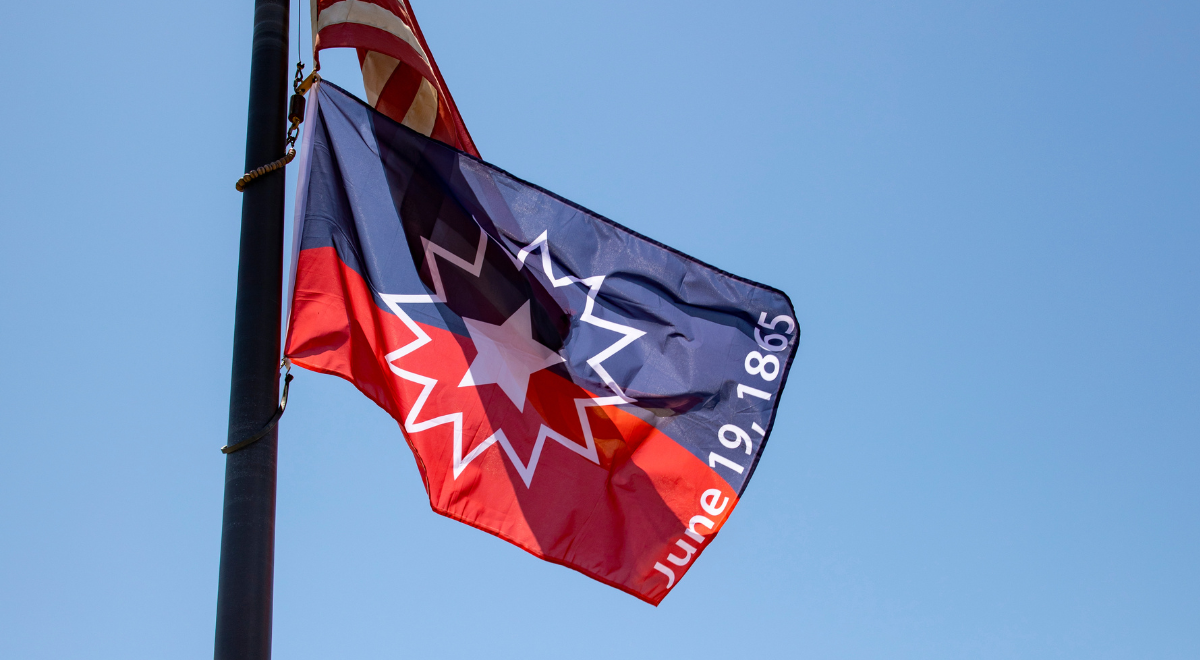 What’s the best way to teach about the new U.S. holiday, Juneteenth? Or to talk about the subject with young learners?

Two Outschool educators teaching classes about Juneteenth, Autumn Williams and Mrs. Angela, want to make sure that learners understand the significance of the event and have fun celebrating it.

Outschool encourages educators teaching any subject to amplify Black voices, stories, and experiences and to join us in celebrating Juneteenth each year. Depending on your background and expertise, you may also want to offer Juneteenth or Black history classes. If you teach relevant social studies classes, consider adding information about the events surrounding Juneteenth (if not already included) to widen the perspectives in your class.

Although Black communities have celebrated Juneteenth for many years, the holiday’s new federal designation (it became an official U.S. holiday in 2021) has shined a light on the importance of this event for everyone.

The importance of Juneteenth

Juneteenth celebrations are on June 19th because that’s the day that African Americans living in Texas finally got the news that the U.S. had abolished slavery in the Confederate states during the Civil War. More than two years earlier, in 1863, President Abraham Lincoln had issued the Emancipation Proclamation, which declared the more than 3 million enslaved people living in those states to be free.

However, it wasn’t until June 19, 1865, when Union soldiers reached Galveston, Texas, that residents of that state learned of their freedom.

How do I talk about Juneteenth with learners?

Since Mrs. Angela offers a Juneteenth class to learners ages 4 to 7, she uses what she calls a “light” approach to the topic that starts the conversation about African Americans’ experiences at that time but doesn’t overwhelm young learners.

“Parents are really excited to know that they can introduce these kinds of concepts to really little kids, and it’s not too overwhelming to them or too heavy,” she says.

At the same time, Mrs. Angela says it’s important to her to be honest with young learners about that period of enslavement of African Americans and not sugarcoat or minimize it. She thinks that can breed distrust as children get older.

Autumn guides learners ages 6 to 10 through these topics in her Juneteenth classes by starting with a discussion about discrimination.

At this age, learners may have heard words like “discrimination,” she says. So, in the class, they discuss what it means to treat someone differently — usually not in a good way — because of some unique aspect of that person’s identity.

Autumn also wants to find out if learners know what slavery is. Depending on what they say, she shares an age-appropriate description with the class.

Another important aspect of the class conversation is understanding that the time period was much different than today. “Back then they didn’t have social media or cell phones,” Autumn tells learners, “so the news had to be physically walked to places.” That’s one key to understanding how the news that they were free could possibly have taken so long to reach enslaved people in Texas.

A lot of students do have questions, Autumn says, and she encourages them to share their feelings about what they’re learning. “It is a hard subject,” she says. “If it makes them feel sad or if it makes them feel angry, I want them to express that.”

Autumn says she usually reminds learners that they are the future. “So the fact that you guys are taking the initiative to learn it and internalize it, you guys have the power to make sure it never happens again,” she says. “That usually kind of brightens their mood, and they feel a sense of empowerment, essentially, which I think is very important.”

And, she adds, these young people may be in a situation where they see or experience discrimination. They may be able to stop it and help someone who needs it, she says.

Both Mrs. Angela and Autumn have resources they can share with parents if they have questions or want guidance about how to discuss these topics more at home.

Both educators we interviewed indicated that a primary focus of their Juneteenth classes is to celebrate this milestone in American history. They shared creative ways that they do that by leaning on traditions and symbols central to Juneteenth.

In Mrs. Angela’s class, learners have a parade where they march and play instruments. She invites learners to wear a favorite dress-up item like a shirt or hair band, since African Americans celebrating Juneteenth would historically have worn their fancy clothes.

Her young learners also color the Juneteenth flag red, white, and blue. “I love it (the flag), and it’s beautiful, and it includes the colors of the United States,” Mrs. Angela says. “The star in the middle is for Texas, the Lone Star State. The bursts on the outside are the exuberance and the excitement and the celebration of Juneteenth.”

In addition, learners in her class will do a science experiment with baking soda, vinegar, and other materials to create a fizzy “red soda.” Mrs. Angela explains that during enslavement, African Americans weren’t allowed to have red drinks. So now, people often drink red soda or hibiscus tea on Juneteenth to celebrate their freedom.

In Autumn’s Juneteenth classes, learners create confetti poppers using items that include a balloon, colored paper, and a toilet paper roll. “They’re super fun for the kids,” she says. Since confetti goes flying everywhere, “I always remind the kids that we cut only enough confetti that we are able to clean up.”

Mrs. Angela wants students to not only know the challenging parts of Black history but also the positive aspects of Black culture.

“I want people to know that I am so happy and proud to be who I am, and we should all be proud of our culture or religion or whatever makes us ‘us,’ ” she says. “I really want to share that exuberance and be proud of who we are, and to see that there are so many triumphs and things to celebrate.”

Autumn too emphasizes the positive aspects of Juneteenth and wants learners to catch the excitement of the original people celebrating the holiday more than 150 years ago. “I want them (learners) to be excited to celebrate this amazing accomplishment,” she says. “People were ecstatic. That’s why it was celebrated the way it was.”

3 Proven strategies for building community in the classroom

Try out these strategies in your classroom to bring your learners, and your business, to the next level.