Educator stories: How to gain international learners
Learn how Lindsay Larrimore has developed successful strategies to increase the number of learners from around the world in her writing classes. 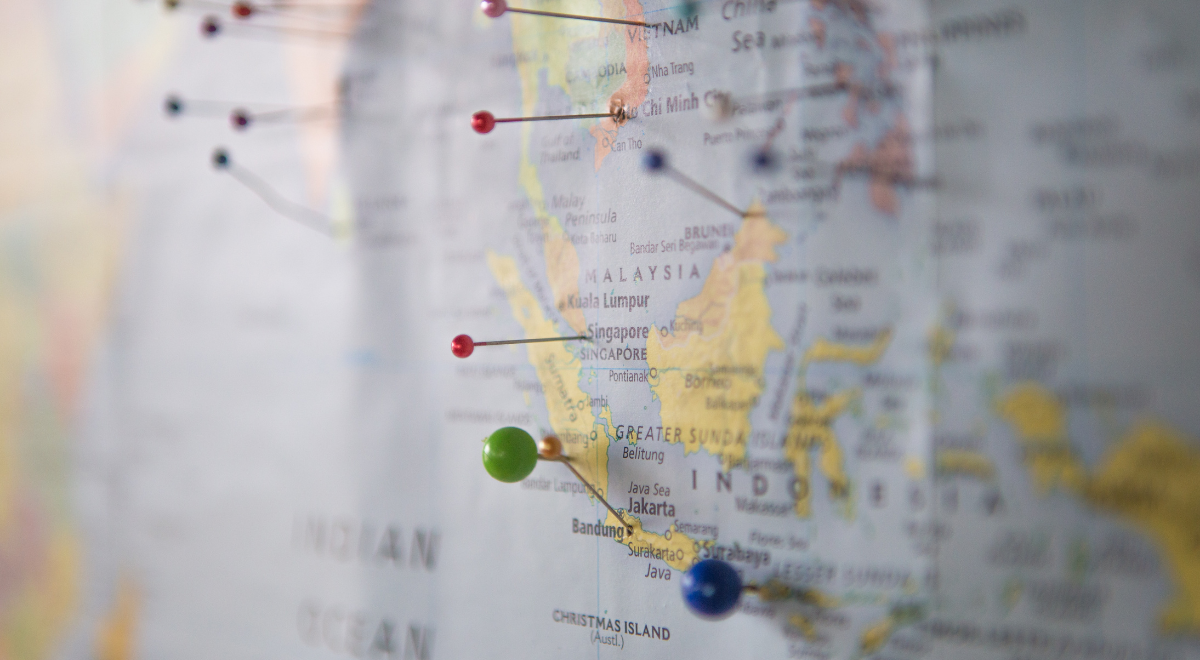 Lindsay Larrimore’s focus on international students has drawn in learners from 19 countries, including Korea, Great Britain, Hong Kong, and the United Arab Emirates.

How has she built such a wide-ranging teaching business? By putting her learners first and remaining flexible, even if it means teaching writing classes at 4 a.m. or adding one-on-one sessions for learners who request individual support.

Lindsay’s journey to success on Outschool is primarily a story about her ability to be responsive and adapt, in addition to hard work. Today, she teaches more than 40 weekly group writing classes.

Here are three ways she has increased the number of global learners in her classes.

When Lindsay, who lives in the U.S. Eastern Time Zone, started offering classes on Outschool, she began her teaching day at 8 or 9 a.m. She added in a 7 a.m. class, then parents of international learners asked for a class at 6 a.m.

“The earlier that I went,” she said, “the demand continued to grow.”

So she added classes that started at 5 a.m., then 4 a.m. That’s currently her limit for early morning classes, she said, so she can retain her energy for the day.

She originally taught classes every day of the week but now groups them into four days. On her longest teaching day, she starts at 4 a.m. and works until 11 p.m. with three hourlong breaks. (That’s 19 hours!) On that day, she teaches 16 classes (generally 50 minutes each). A couple of her other work days are slightly shorter, and on Saturday she has a “solid following” from 7:30 a.m. to 2:50 p.m. She currently takes off the days that had the lowest number of enrollments – Wednesday, Friday, and Sunday.

Many of her global learners live in Asia, so offering classes early in the morning and in the evening means that class times are at convenient hours for them.

“I work when there is work,” Lindsay said. “So many people want convenience and ‘bankers hours,’ but…you have to work when the demand is there. It can be inconvenient and downright exhausting sometimes, but it’s worth it!”

In the summer of 2020 when she first joined Outschool, Lindsay primarily offered one-on-one classes. She taught 15 to 20 classes a week and charged $15 a session. Then her ongoing group classes started filling up, so she began to schedule more of those and limit one-on-one classes.

However, learners from around the world who were joining her group classes were also asking to meet individually. In response, she began to offer both one-on-one writing sessions and “office hours” where learners could briefly consult with her to get personalized feedback about their writing. Now she’s able to charge $70 for each one-on-one session.

Lindsay believes that building those relationships and saying “yes” to requests for individual attention has really helped grow her teaching business, particularly with families from other parts of the world.

“Something that a lot of international families value is a one-on-one relationship,” she said. “Even if it was just a handful of times – two or four times meeting with their child on a one-on-one basis – I think that is something that really helped.”

Lindsay recalled one girl from Korea who needed to write an essay to get into middle school. The learner sent Lindsay her work, and they communicated through the Outschool platform to help her refine her writing.

Sometimes being responsive and open to supporting individual learners has led to referrals to other families. Lindsay shared how a parent who was a principal of a school in Hong Kong, for instance, referred a number of families to her classes.

Lindsay also provides that personal attention to learners in her group classes. She wants to make sure learners and families feel valued, so she interacts with each person in class and responds quickly to parent messages. She said it’s important to be aware that the parents of international learners are often very involved in their children’s education.

Not only has Lindsay adjusted class times and formats, but she modifies her class content and class descriptions for international learners and their families.

She may plan one or two lessons and teach that more than 30 times during a week, but she intentionally differentiates instruction for her early morning classes, which typically include more English language learners. Depending on the needs of the learners in those classes, she may teach more basic writing skills like how to create a topic sentence and the parts of a sentence, instead of more advanced grammar and language skills. Or, if she’s teaching about how to add details to a story, she may have three or four strategies ready but only share two or three with her English language learners.

In addition, she tries to be aware of how fast she is talking since learners from other parts of the world may have trouble following if she speaks too quickly.

Lindsay also gives ample information about her classes and Outschool policies in her class descriptions. To make sure families from other parts of the world have clear information, she includes a detailed schedule describing what will happen in each class, a summary of her philosophy, and key class policies, in addition to a general class description.

Lindsay has noticed that another deciding factor for global families is whether an educator has degrees and certifications in their profile, so display these prominently if possible. Lindsay sought out and received a TESOL (Teaching English to Speakers of Other Languages) certification in addition to her bachelor’s degree in elementary education. She puts her degree next to her name on Outschool and her certification in the first couple paragraphs of her profile because she thinks these elements are important to international learners.

Lindsay ended up teaching writing by making adjustments after she saw which of her online classes were more popular. At first, she was teaching math, reading, and writing, but her writing classes really took off. So she focused on that, and it turned out to be a need for learners who live outside of the United States.

“It is something that international learners definitely value,” she said. “They need to know how to write well in English.”

Lindsay doesn’t rest on her accomplishments, however. She recently added some 6-week classes on topics like persuasive writing and personal narratives. She’s already seeing success with these new classes and hopes they’ll benefit her learners.

That’s her secret, she says: Keep learning, keep working — it will pay off.